Dog bite claims increase to more than $350 million annually By Todd Karpovich
Dog bites are becoming an increasingly bigger problem in the insurance industry and now account for one-third of all homeowners insurance liability claims, costing $356.2 million in 2007, up 10.5% from the previous year, according to a report by the Insurance Information Institute.

The average cost of dog bite claims increased by 11.5% in 2007 to $24,511, according to the most recent data in the report. Since 2003, the cost of these claims has risen nearly 28%, but the number of claims paid by insurers has remained stable over the past three years at about 14,500, researchers said.

As a result, some insurance companies are raising premiums with homeowners and renters insurance policies if a client’s dog bites someone. Most policies cost between $100,000 to $300,000 in liability coverage, and if the claim exceeds the limit, the dog owner is personally responsible for all damages above that amount, including legal expenses, according to researchers.

Some companies will require dog owners to sign liability waivers for dog bites. Others will cover a pet if the owner takes the dog to classes aimed at modifying its behavior.

“Any time specific claims rise that rapidly, our members take note, but overall, the bigger problem for our members is when insurers exclude dogs based on breed rather than biting history,” said Kevin Nemith, chairman of the Insurance Agents & Brokers Service Group. “Given the trend toward increased dog-bite claims, it is reasonable to expect that insurers will rely more heavily on breed-based exclusion policies when they can.”

“This has been on our radar for a number of years,” Lynn Knauf, director of personal lines for the Property Casualty Insurers Association of America, said in an interview with Insurance & Financial Advisor. “Lots of times, insurers are just underwriting the risks. Lots of times, they might not even know in some cases which of their clients even have dogs. 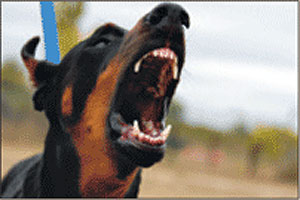 Industry experts said agents should remind dog owners that they are liable for any injuries their pets cause in various scenarios, including: